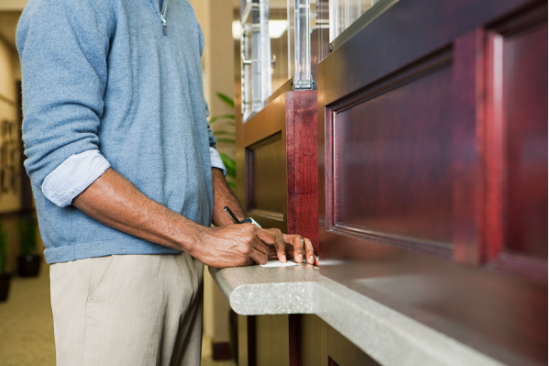 Trustar Bank CEO and founder Shaza Andersen was grateful and energized when the Great Falls-based bank reached $100 million in assets in just a few months — it took her previous bank WashingtonFirst about a year to reach that milestone.

She chalked it up to a strong desire by customers for a smaller bank that offers a more personal touch. But in the D.C. area, an ongoing wave of consolidation means there are fewer such choices for customers, and almost no new banks. Andersen spearheaded the only successful new start so far since FVCBank opened in 2007, more than 12 years ago.

“The more that we can give our customers choices, the better they are, and the more informed about decisions they are making for their businesses,” she said, adding that while she expects consolidation to continue, she hopes to see more people open new banks. “I hope we are able to see more bank openings that could give them choices.“

But the number of locally headquartered banks continues to dwindle. In 1999, there were 70 banks based in Greater Washington. By 2017, when I first reported on the trend, it was down to just 36. Now that number has fallen to 29, and is guaranteed to further shrink as current deals, such as WesBanco’s (NASDAQ: WSBC) pending purchase of Bowie-based Old Line Bank (NASDAG: OLBK), set to close Friday, and Sandy Spring’s announced acquisition of Revere Bank, are finalized.

The trend mirrors a larger national trend of declining banks, as measured by the number of banks that receive insurance through the Federal Deposit Insurance Corporation. In 1990 there were 12,343 such banks. There are just 4,630 in 2019 to date, according to the FDIC. The consolidation of banks in some cases has sped up, according to experts I spoke to — and they see no end in sight.

There is no better example of the breakneck speed of some of these acquisitions than the West Virginia-born and now Vienna-based United Bankshares Inc., which has had nearly as many acquisitions as I have had birthdays. United just announced it is acquiring South Carolina-based Carolina Financial, which had already announced its intention to acquire Carolina Trust Bank in a deal that hasn’t even closed yet, forming a veritable Russian nesting doll of financial transactions.

Regulatory costs have long been a factor that contributed to consolidation, but now, there is also increased pressure to invest in technology that makes it more difficult for smaller banks, said Sandy Spring CEO Dan Schrider.

“They hit a point where what they know there will be significant up-front investments,” Schrider said. “That’s when you start looking at strategic alternatives. Do I partner with someone who already has those things in place and then capitalize on that scale?”

He agreed the long-term trend will continue to be fewer banks, even in Greater Washington. While the region has had more attempts to start new banks than most regions in recent years — think VisionBank, Moxy Bank, Founders Bank and the aforementioned Trustar Bank — it has managed to produce only one. That’s because the startup capital needed to start a new bank is much higher than in decades past, Schrider said.

Meanwhile the D.C. market continues to be strong enough to attract banks that are looking to expand, making smaller community banks in the region a tempting acquisition target.

“Often this market is the best market they will have in their own franchise,” Schrider said. “They are coming here because this is stronger than any market that they may have in their existing footprint.”

The trend hasn’t been stifled by the fact that banks are selling for less than they have been in recent years, said Lew Sosnowik, a former banking analyst at Koonce Securities Inc. Banks are still consolidating in order to achieve larger economies of scale and lower costs in an age where low interest rates means there is less room for error, and profit.

Continued low interest rates — and the potential they could go even lower — make it harder to give shareholders the growth and the value they want, Sosnowik said. Those rates also mean even less incentive to start a new bank.

One recent example is Bethesda-based EagleBank, which has started offering a dividend, something that underscores that rapid organic growth is no longer in the cards, he said.

“Banking is going to be dominated by ever fewer and ever larger entities. And that’s where you are going. There’s no way for a small bank to compete, especially in an in an era of giants,” Sosnowik said.